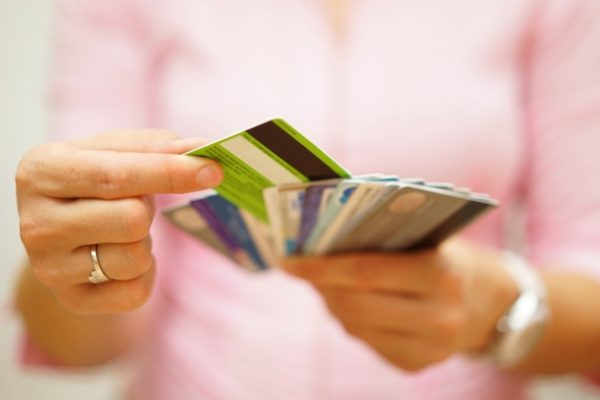 New changes are coming in the fall to how one major credit score is calculated, and the shift could make the key number more forgiving for people who have debt.

The VantageScore, a credit scoring model developed by the three major credit reporting bureaus TransUnion, Equifax and Experian, will soon put more weight on the trends in a person’s credit report. That includes whether they have been paying off their credit cards or have been racking up more debt, says Jeff Richardson, a spokesman for VantageScore Solutions, the company that offers the score.

The new data is meant to provide more context to a consumer’s debt load and help lenders get a more holistic view of a person’s credit behavior and risk level, Richardson says.

Take two people who both are using 50 percent of the spending limit on their credit cards. Under current scoring models, both borrowers would be hurt by that high card utilization, since lenders typically like to see that consumers are using less than 30 percent of the credit they have available.

But under the new VantageScore model, one person might look better if his report shows that he has been paying down debt and using less of his total credit, Richardson says. On the flip side, someone who has been piling on more debt would be viewed as risky, he says.

The changes also address an issue that sometimes hurts people who have generally good credit scores but may temporarily have more debt because of a major purchase. Some consumers may see their credit score take a hit during that time, say after booking an expensive flight, even if they were planning to pay the card off in full and on time, Richardson says. The new model, however, would factor in that this consumer has a history of keeping card balances low, and therefore the score wouldn’t be affected as much.

People buying homes won’t see a change to their chances of being approved for a mortgage since most mortgage lenders rely on the FICO score, Richardson says. However, some people pulling credit scores for other reasons, such as when they are applying for an apartment, opening a credit card or applying for an auto loan, may be able to use the new score, he adds. About 8 billion VantageScore credit scores were used between July 2015 and June 2016, up 40 percent from the year before, the company says.

The new scoring model may not dramatically change what consumers should do to boost their credit score, says Matt Schulz, CreditCards.com’s senior industry analyst. It’s still important to pay your bills on time every month, Schulz says. And if you have debt — especially credit card debt — you should be working to pay it off, he adds. If anything, it may become more important to show that you’re making progress over time, he says.

Trying to clean up your act immediately before applying for a loan may not cut it, Richardson says, since the score would factor in that you tend to carry debt over from month to month.